Montrose FC forward, Craig Johnston had reason to celebrate the end of the season recently when his numbers came up on the Montrose Football Lucky Numbers, netting him an amazing £2,350.

Run jointly by Montrose FC, Montrose Roselea JFC and Merpro AFC, the local community scheme, which gives participants 3 chances to win on each £1 ticket, has paid out almost £120,000 since it began back in 2008.

Craig, delighted with his win said, “When the gaffer phoned me I actually thought he was winding me up. It was a Monday, and I’d had better Mondays at work so that cheered me up! I plan to use the money to sort my holidays I have coming up.”

Scheme Promoter Stuart Robertson added, “As always, we are delighted to see big wins like Craig’s, as it highlights just how good the scheme is, both to those who play and to the local community. In the last 14 years we have raised over £155,000 to support local football and I would like to thank all those who continue to regularly buy our tickets.”

For more information on how to buy a weekly ticket, see the Montrose FC website. 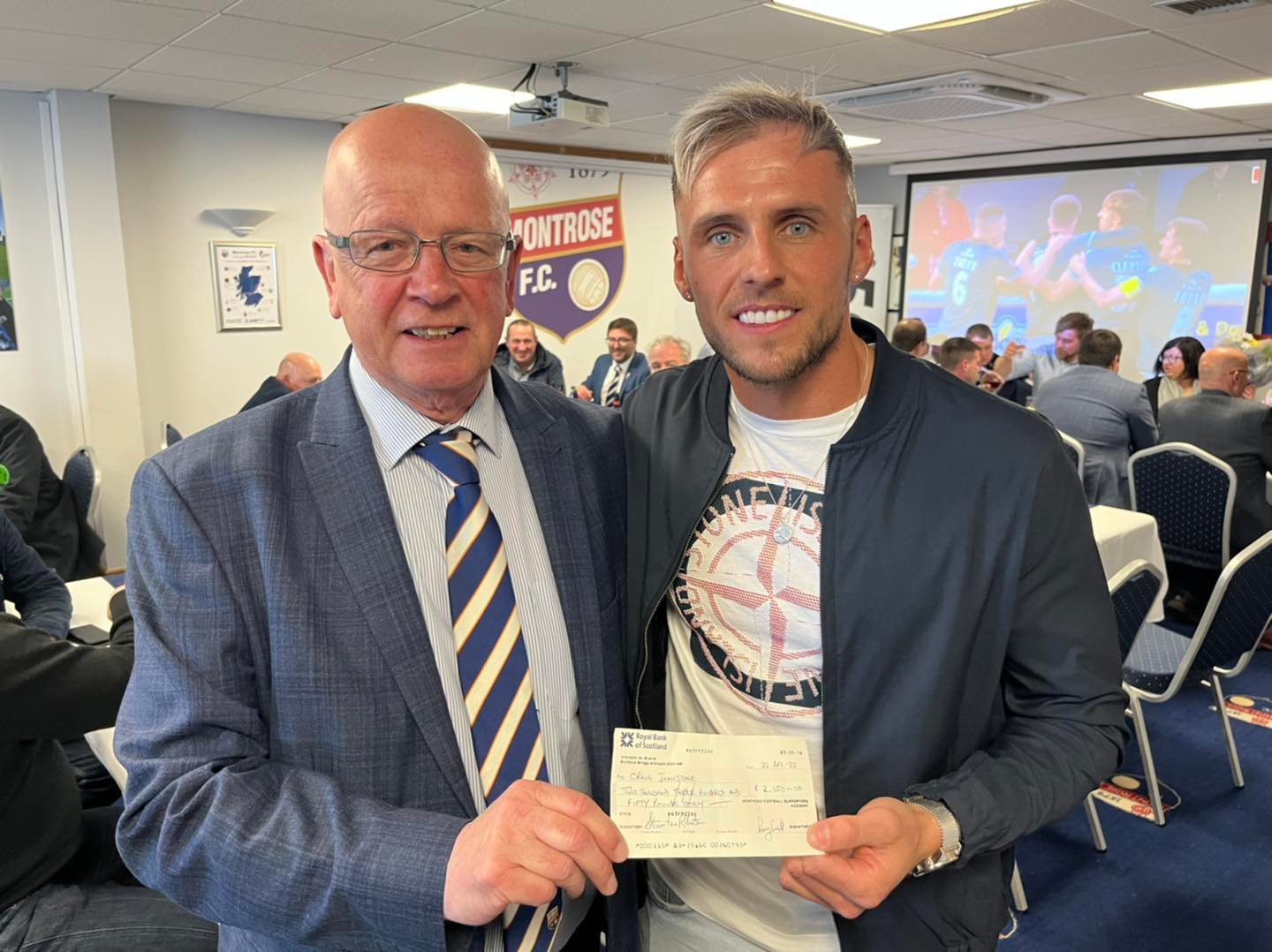 Montrose Football Club are committed to supporting the development of young, talented players, but also coaches who aspire to work in a professional environment.

We’re looking for talented coaches to complement our existing U’16 & U’18 Head Coaches.

We wish to hear from existing coaches that have achieved (or are working towards) a min’ of a C Licence & whom posses relevant coaching experience & the enthusiasm/positivity to work within our Academy!

Apply to This email address is being protected from spambots. You need JavaScript enabled to view it. 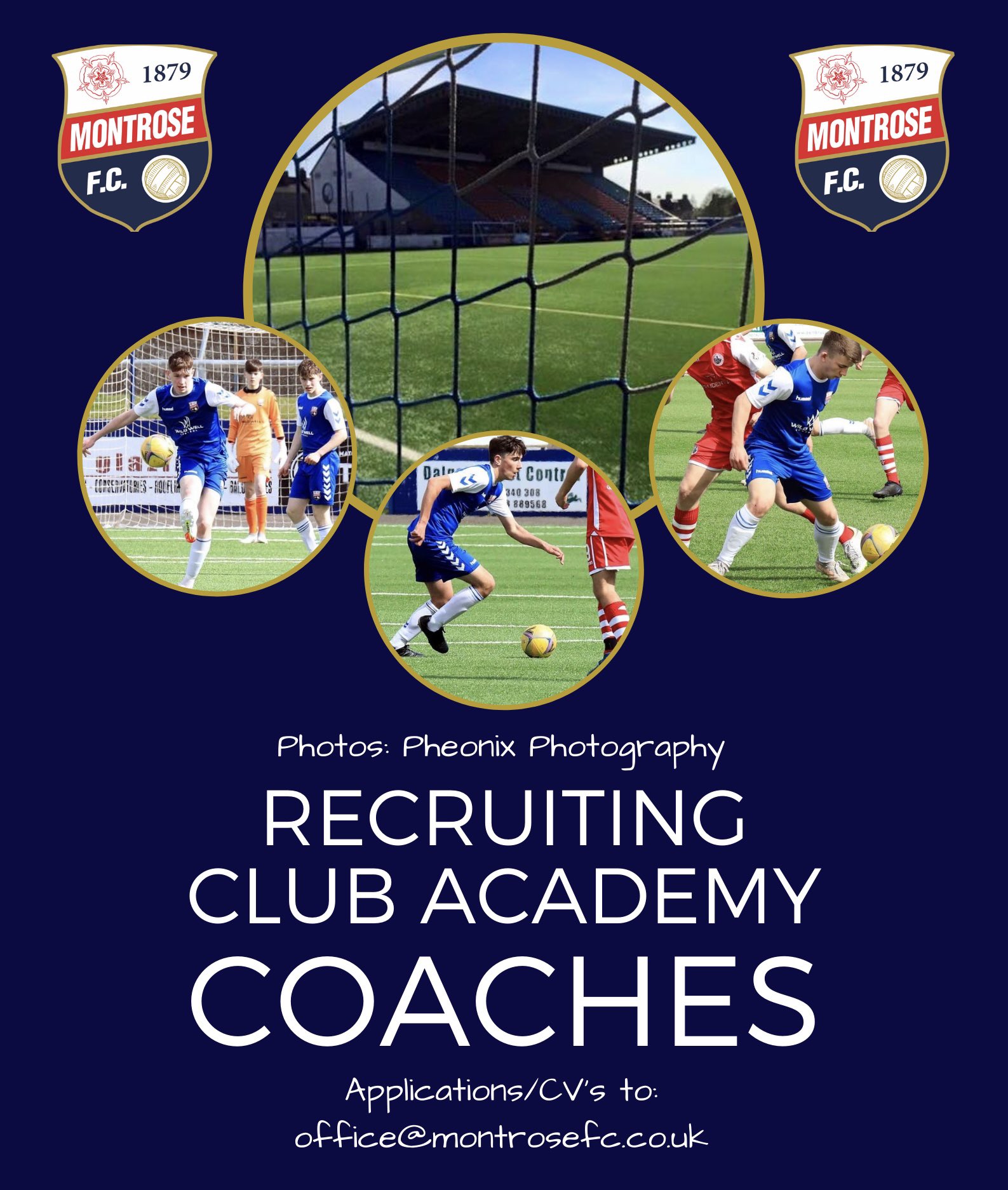 Montrose FC have extended the contract of Martin Rennie until January, giving the striker a chance to recapture his form following an injury stricken season.

Despite being an ever-present in the Premier Sports Cup group stage back in July, Rennie managed only one league game before being side-lined with a hernia, for which he underwent surgery at the end of November.

After a lengthy and complex recovery, the 28 year old finally took to the field again at the end of April in the Club’s last league game against Alloa Athletic, in what was his 100th appearance for the Gable Endies.

Just a week later, Martin came off the bench to score for the first time since July against Airdrieonians in the Championship Play-off semi-final.

Manager Stewart Petrie said, “Martin had a very tough and frustrating season, so it was an easy decision to offer an extension. We all know what he is capable of and we look forward to seeing him return to that level again.” 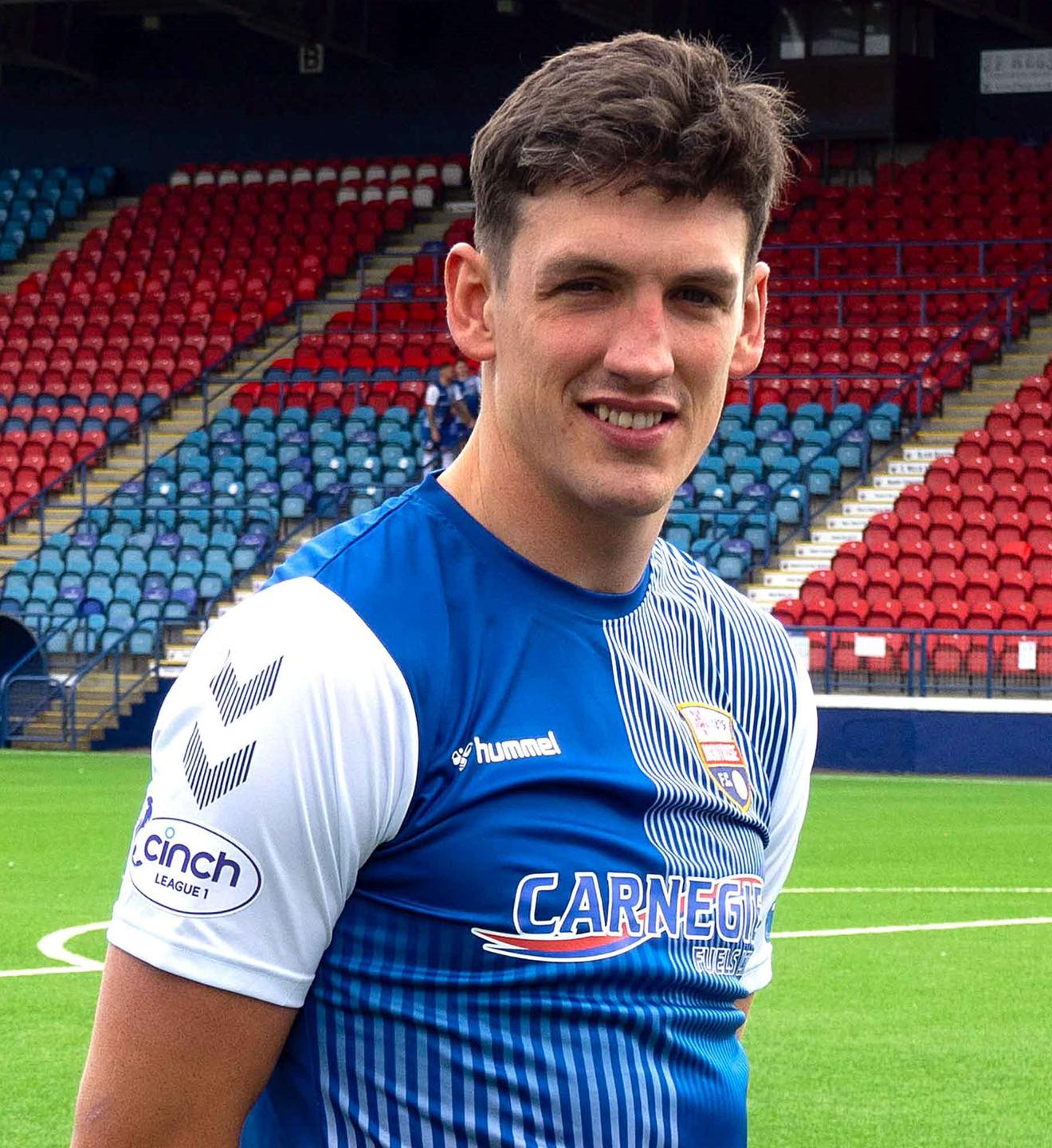 Montrose FC midfielder Craig Brown has returned to Links Park following a successful short loan spell with Spartans FC, aimed at accelerating the development of the highly rated youngster.
Starting all 9 of his games for the Lowland League outfit, the 23 year old managed 1 Man of the Match award, 1 goal and 2 assists.

Craig said, “It was great to get experience by playing regularly and I would like to thank everyone at Spartans for the opportunity.

“I have still been training with the Montrose boys, so still feel very much part of the squad and I am excited and now looking forward to next season.” 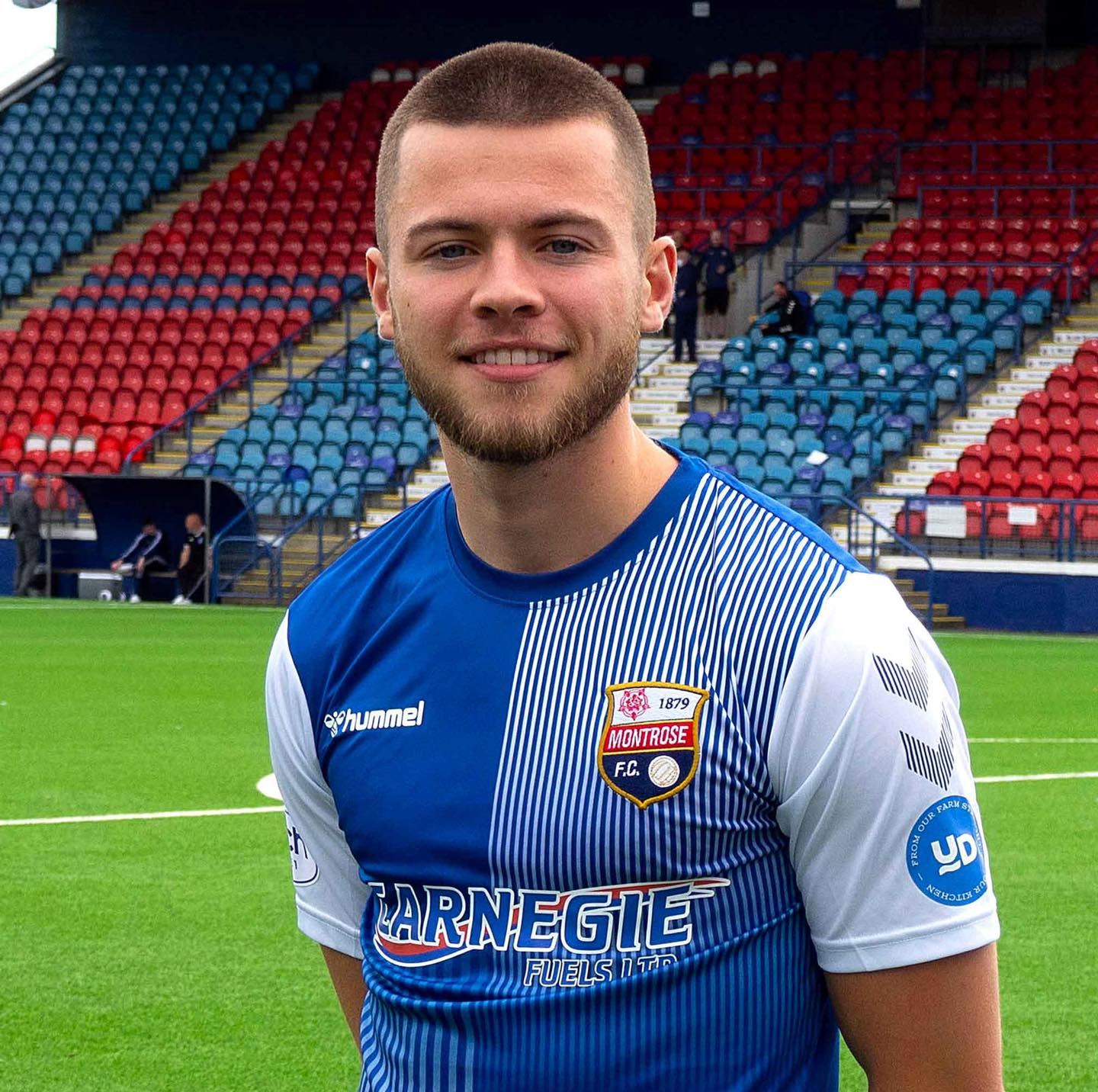 Montrose FC have confirmed the departure of striker Elijah Simpson, who made 13 appearances since joining on a half season deal from Farnborough Town back in January.

Assistant Manager Ross Campbell said, “We would like to thank Eli for all his efforts. It proved a difficult transition and we are all disappointed things didn’t work out better.
“We wish Eli all the very best for the future.” 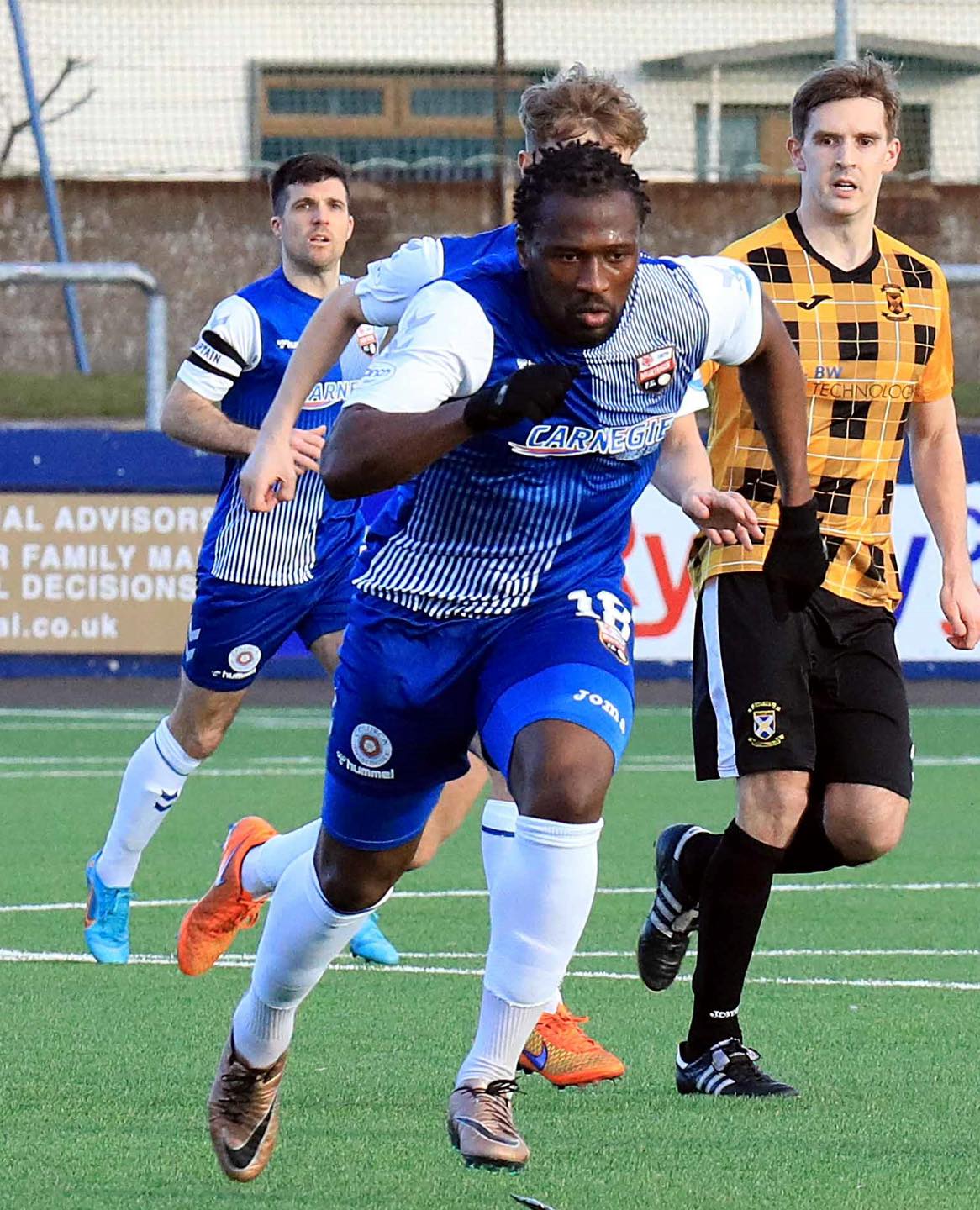