A reminder that his week is your last opportunity to get the full value from buying a Season Ticket!

You can also pay your Season Ticket by instalments, with no added cost, no interest and no 'finance' agreement by visiting https://linktr.ee/montrosefc 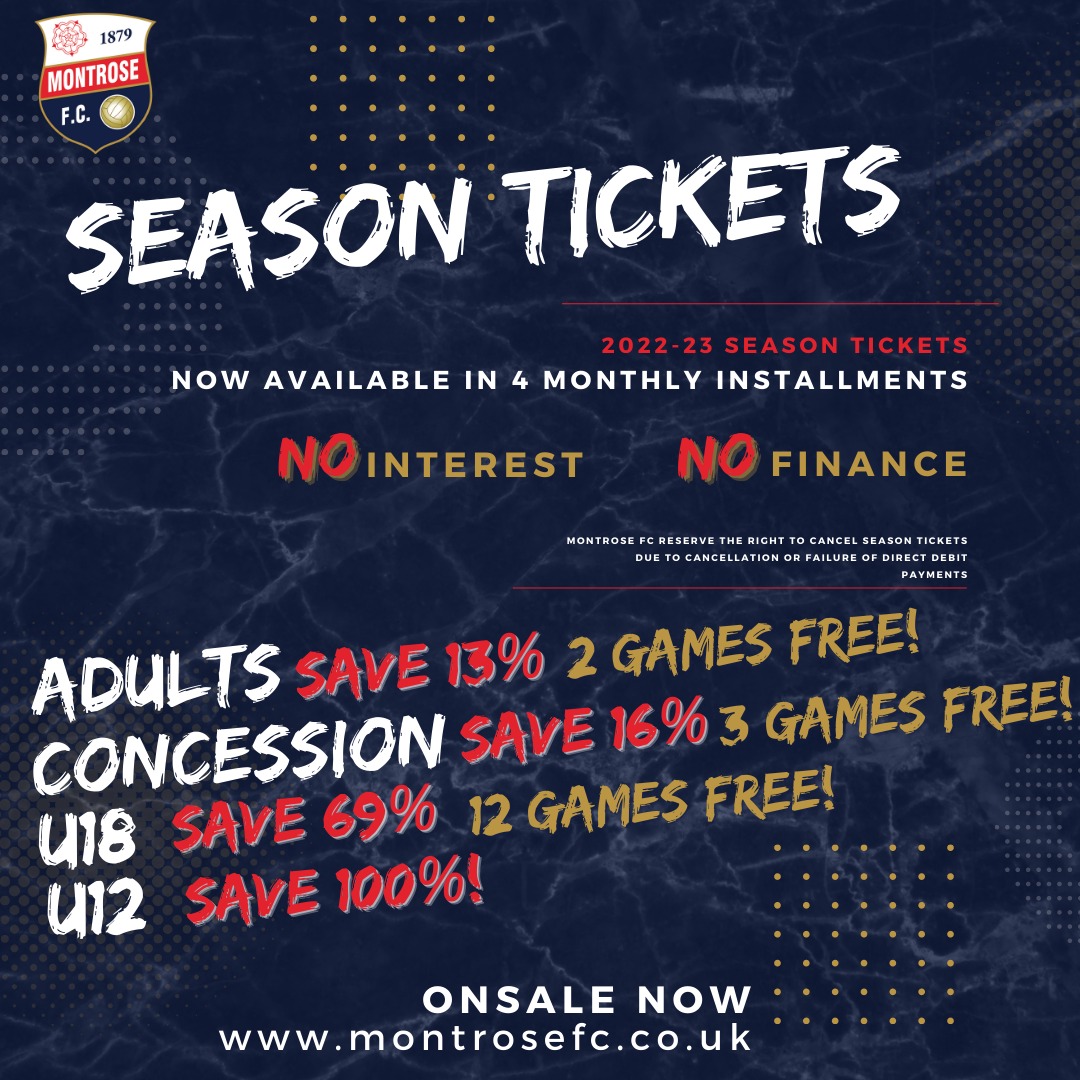 RENNIE HEADS OUT ON LOAN 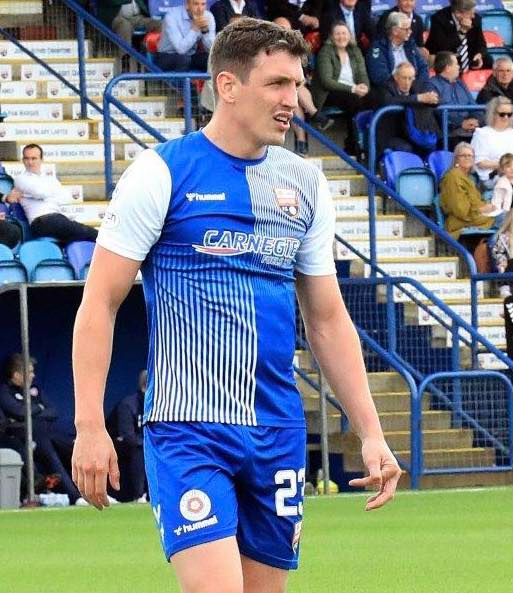 We can confirm that for those who selected a physical season ticket option, the cards are now available to collect from the office at Links Park. 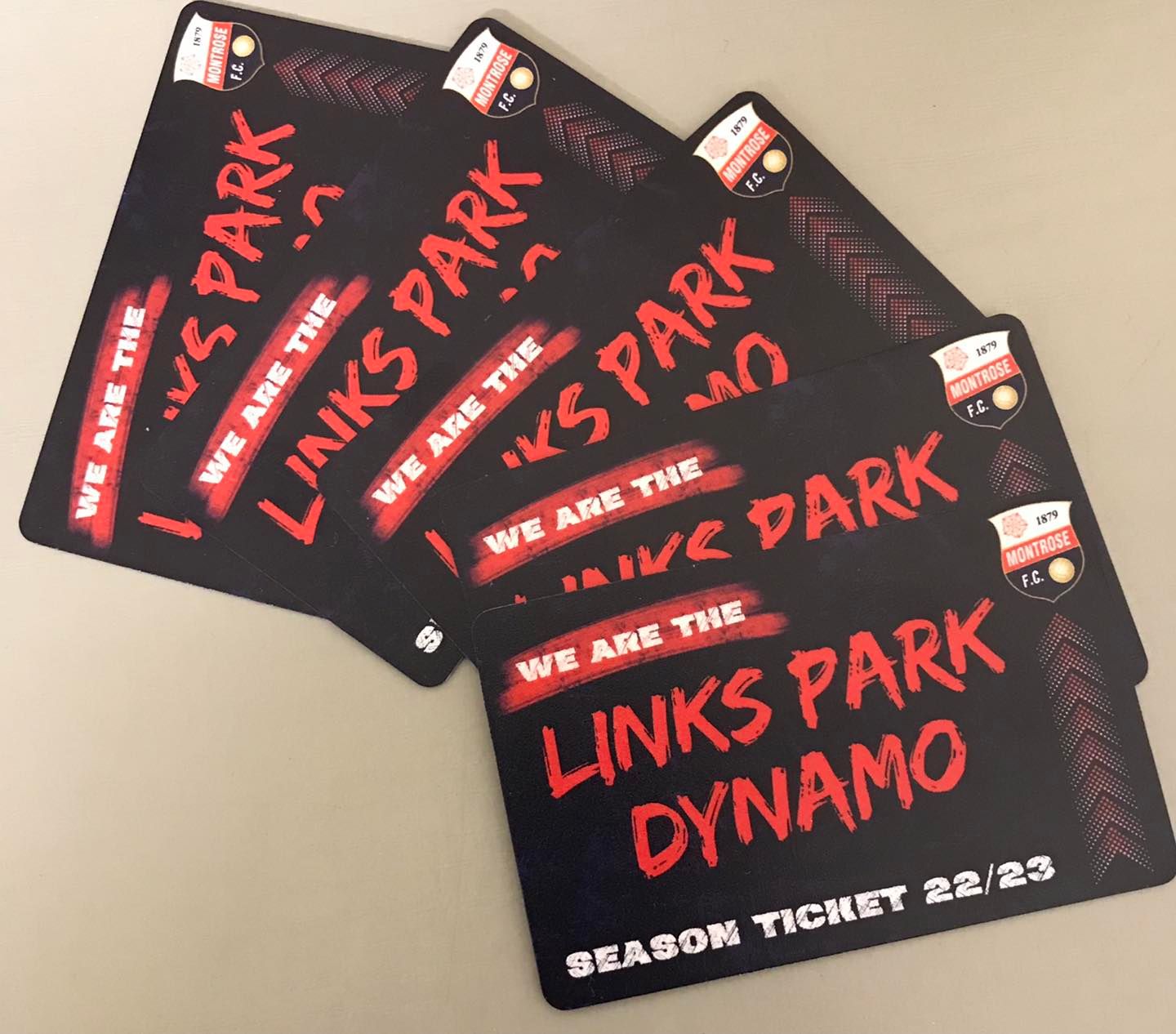 Sadly, we have recently been informed that despite efforts to the contrary, we are not currently permitted to stream in the UK. Discussions are ongoing between the SPFL (who are actively pushing for clubs to be allowed to do so), broadcasters and governing bodies and we hope to be able to announce better news in the near future.

Manager of our Championship winning Womens team, Craig Feroz looks forward to an exciting year in SWPL2 before drawing our 3 lucky BIG money winners for July.

Montrose FC have moved quickly and decisively to complete the transfer of highly acclaimed forward Rory McAllister from Cove Rangers on a 2 year deal for an undisclosed fee.

Interest in the Aberdeen born attacker suddenly ignited at the weekend when Championship bound Cove surprisingly transfer listed the 35 year old. With a number of clubs understandably keen to land the striker, the Gable Endies have gone the extra mile to beat off the competition.

McAllister arrived at the Balmoral Stadium in 2020 and last season scored 19 goals in all competitions, helping Cove to the League 1 title. Prior to this, Rory spent 9 years at Peterhead, where he scored 158 goals in 281 appearances, earning numerous Player of the Month awards and in August 2018 became the first player to net 100 league goals in the SPFL era.

Before The Blue Toon, McAllister began his senior career with a two year spell at Brechin City where he scored an impressive 40 goals in just 63 outings.

Clearly pleased with the signing, Manager Stewart Petrie said, “We are all delighted to welcome Rory to Links Park. His stats and reputation speak for themselves. He will bring unbelievable quality and extensive experience to the team and obviously significantly strengthen our attacking options.

“I would also like to publicly recognise the fantastic effort and support from the Chairman and the Board in making this happen and to the help and assistance received from Cove.”

McAllister will go straight into the Mighty Mo squad set to kick off their cinch League 1 campaign on Saturday, away to Falkirk. 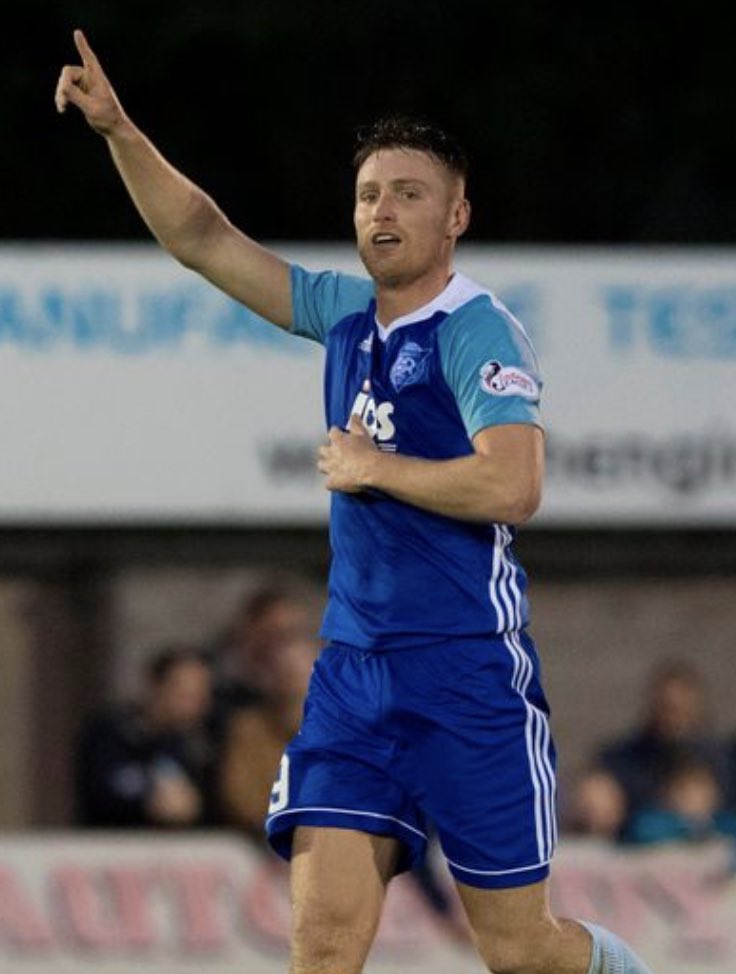