For those with short memories, that was 33 years ago, back in 1985 when Phyllis Nelson topped the charts with Move Closer, Maggie ran the UK, Ronnie the USA and films such as Back to the Future and View to a Kill were box office hits.

In football, England saw Howard Kendall’s Everton do a League and Cup Winners Cup double, whilst in Scotland Sir Alex was edging out Celtic for his third title with Aberdeen – the last time a team out with the Old Firm has won the top honour.

Ian came to the Gable Endies in 1983 with the club bottom of the old Division Two. Within two seasons his astute signings, new fitness regimes and lots of motivation saw Montrose make history, piping Alloa Athletic to top spot in May 1985.

Déjà vu indeed then as when Stewart Petrie took charge in December 2016, the club was again bottom of the table but with signings such as Sean Dillon, the introduction of a Sports Scientist and positivity and optimism by the bucket load, just 16 months later and title success has returned to the small Angus town for only the second time.

Comparing the stats between the two sides shows amazing similarities, but what makes Petrie’s Class of ’18 all the more impressive is the number of long standing club records that have been matched or broken this term, such as;

Little wonder then that Petrie was awarded Ladbrokes League Two Manager of the Year last week, something he was quick to attribute to all those around him, saying, “This has been a fabulous season and I would like to thank everyone at the club for all their support.

“This is a special place from the Board to the supporters, from the backroom staff to the sponsors, but especially the players – they have been a magnificent group of lads and are a pleasure to work with!

“It was great meeting Ian and I was delighted he was here to see us lifting the trophy. I used his team of ’85 as motivation for our boys to go out and get the point we needed against Elgin.

“We have created a new chapter in the club’s history and let’s hope we can create more very soon.”

Next season, Ladbrokes League 1 will be an all Angus affair, with Brechin, Forfar and Arbroath all joining Montrose in the same division for the first time since 1992/93 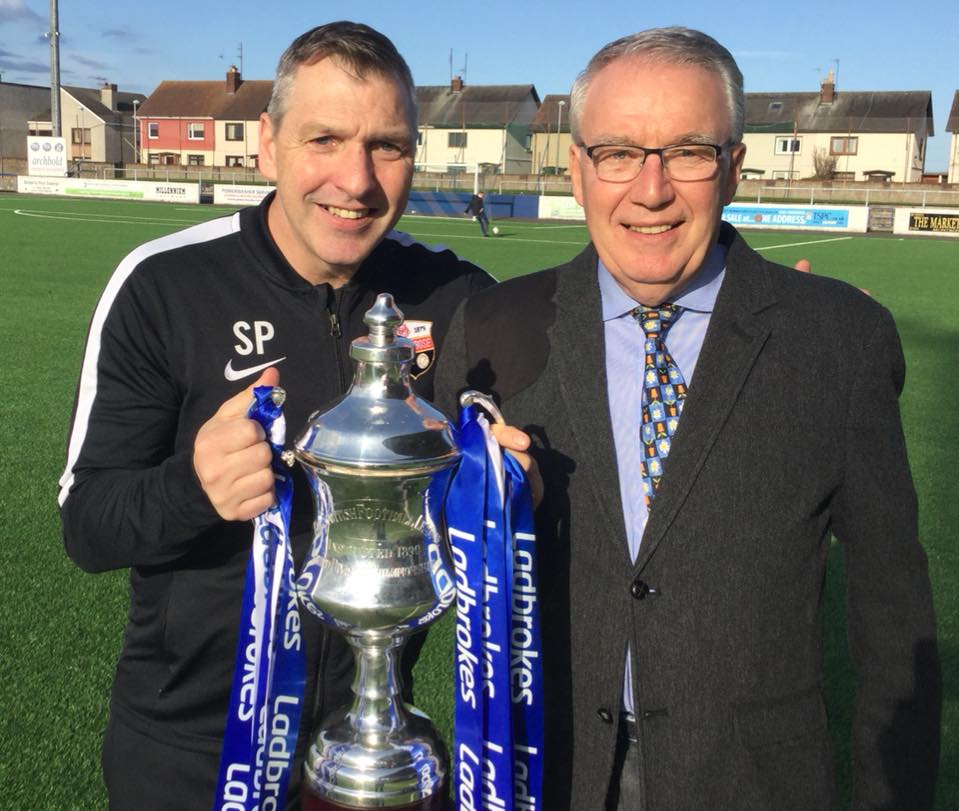