Montrose FC have wasted no time in extending Chris Templeman's contract to the end of next season. Since joining in January from Angus neighbours Forfar, the veteran striker has made a real impact as the focal point of the Gable Endies attack, chipping in with 3 goals and a number of assists in 8 games.

Looking to create a blend of experience and youth, manager Paul Hegarty has also extended young Lloyd Hester's contract for another season. Despite having made only one appearance from the bench this year away to Berwick Rangers, the 17 year old Montrose Academy pupil is highly rated at Links Park and considered one for the future.

Remaining focused on the run in, Hegarty has also signed Kieran McWalter until the end of the season. The 20 year Northern Irishman signed for Arbroath U19's in 2012 and joined the first team two years later. This season, the defensive midfielder made 6 league and 1 cup appearances before being released by Todd Lumsden in January.

Hegarty said, "I am delighted Chris has agreed to sign for another season. He has added real quality up front and those playing around him have benefited too. Kieran will be a good addition to our squad, he looked accomplished at right back as a trialist in our recent victory over East Stirling." 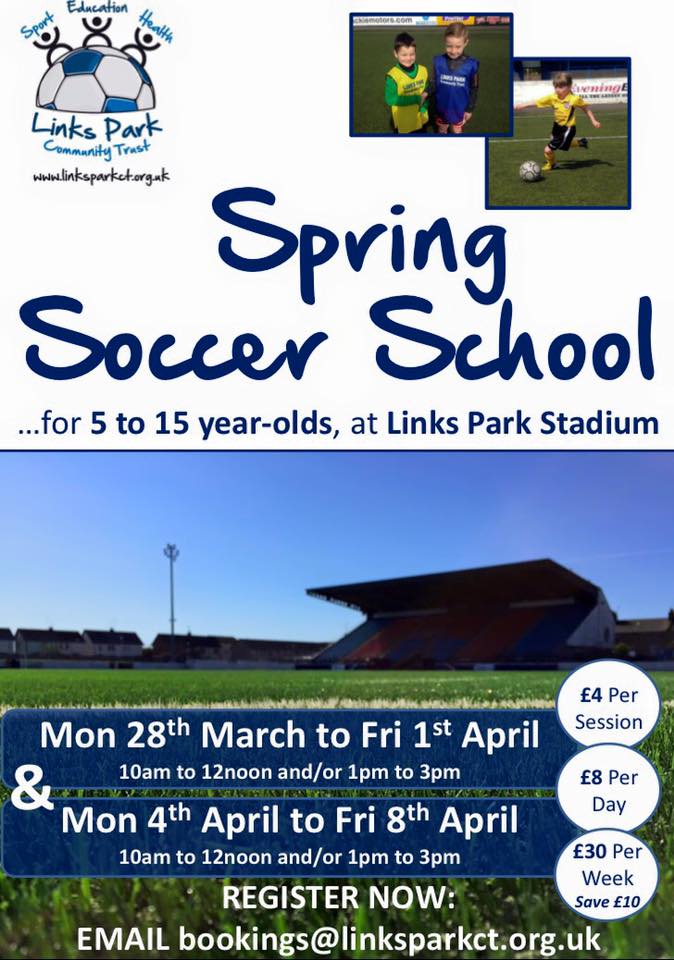 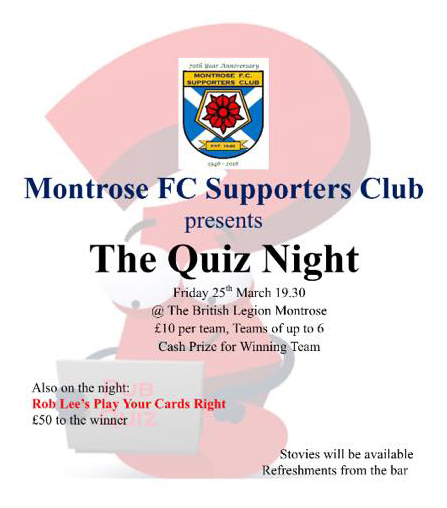 The self employed joiner collected his winnings only a week after Will MacDonald from Thain also won the £5,000 Jackpot.

Both men benefitted from enhancements made to the scheme just 4 weeks ago.

Based on the National Lottery draw, the scheme raises funds for Montrose FC, Montrose Roselea JFC and Merpro AFC.

Administrator Stuart Robertson said, “Congratulations to both Calum and Will, we are delighted to have such big winners so early in the year. Last year we paid out over £8,000 and now with 3 chances to win Calum and Will are likely to be just our first big winners of 2016.”

Tickets are available from The Home Dugout or Alan Pirie.

Trio Commit To The Mighty Mo!

Ross Campbell, Graham Webster and Greg Pascazio have all signed a one year extension to their existing contracts, committing their immediate future to Manager Paul Hegarty's side.

32 year old Campbell joined the club last year from East Fife and his experience and versatility has seen him play in a number of positions in his 45 appearances, scoring 10 goals along the way.

Webster has been at Links Park for 3 seasons and has flourished under the current management team. The 23 year old winger has scored 9 goals this year, his best return in a Montrose strip and second only to Gary Fraser.

Having been released by Rangers in the summer, Greg settled in quickly at Links Park and developed a strong centre half partnership with on loan youngster Matty Allan. The 19 year old has made 25 appearances and scored his only goal for the club in the 3-2 win against East Stirling back in January.

Hegarty said, "I am delighted Ross, Graham and Greg have signed for another season. We are making good progress in shaping our squad for next year and I hope to secure more signings very soon."

BE PART OF THE SCOTLAND FAMILY

ONE TICKET, TWO INTERNATIONALS FROM ONLY £5 WITH OUR SPECIAL GROUP DEAL 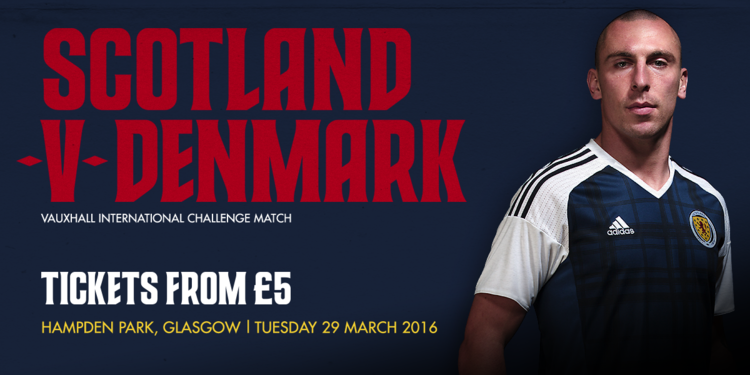 Scotland fans of all ages can watch Gordon Strachan’s side for as little as £5 when they return to Hampden Park to face Denmark on Tuesday, 29th March.

They can also take a look at the future with a FREE ticket for the UEFA Euro Under-21 Championships qualifier against Northern Ireland at the Paisley 2021 Stadium earlier that day.

Denmark tickets are now on sale to the general public with concession prices for children under-16 now available throughout the entire stadium for the first time ever – including the stirring South and noisy North Stands.

In addition, we have rolled-out a Kids Group Deal to all sections of the national stadium – meaning adults can also watch the national team build up for the Road to Russia for the equivalent of £5.

This unbeatable offer allows 10 kids and two adults to attend the match for £60 in the East and West Stands, the equivalent of £5 per ticket or one adult going FREE. The same-sized groups can sit in the premium North and South Stands for £70 – just £5 per child and the equivalent of £10 per adult ticket for the best seats in the house.

Single public sale tickets cost £10 for adults in the East and West or £20 in the North and South.

On Thursday, the national coach will announce two separate squads for the forthcoming International Challenge Matches against Czech Republic in Prague on Thursday, 24th March and Denmark at Hampden. He is expected to take a look at the future with some new faces and you can do likewise with the fantastic FREE under-21 ticket offer.*Tickets are subject to availability.

Ricky Sbragia’s side will be seeking a win away to France on the 24th to reignite their qualification hopes and Scotland fans can enjoy a double bill of international football by simply purchasing their ticket for Denmark.

To unlock more great offers, be part of the Scotland family for the forthcoming FIFA World Cup Russia 2018 Qualifiers by joining the world-famous Scotland Supporters Club. You can join the biggest and best supporters clubs in Europe for only £55 for a two-year membership.

Sign up today and receive your exclusive SSC jersey and membership pack, including guaranteed home match tickets for the Scotland’s FIFA World Cup Russia 2018 Qualifiers and the chance to follow Scotland on their travels.