With the season now at an end, Montrose FC’s four loanees will return to their parent clubs, having all assisted the Angus side in delivering another successful year.

Cammy F Ballantyne will return to St Johnstone after a second great, season long, loan spell in which he featured 30 times and netted 3 goals, including 2 in the unbelievable 6-4 defeat to Airdrieonians last weekend in the Championship Play-off semi-final.

Having arrived just at the end of February, Lyall Cameron heads back to Dens Park, having lit up each of the 11 games in which he featured, as well as netting the opener against Falkirk last month in the Club’s biggest ever win over The Bairns, a game which also secured a sixth consecutive top four finish for Manager Stewart Petrie’s side.

Although Blair Lyons will officially report back to Partick Thistle, the 25 year old won’t be gone long, as a pre-contract agreement was signed with the talented winger back in March that will see him return to Links Park over the summer on a 3 year permanent deal. Blair has made 41 appearances this term and scored 8 goals, making him the Club’s third top gaolscorer.

Finally, young Hearts goalkeeper Liam McFarlane will return to Tynecastle after the briefest of stints, having been drafted in last week on a 7 day emergency loan to provide cover following injury to Aaron Lennox ahead of the play-off semi-final first leg.

Petrie said, “I would like sincerely thank all four clubs for their co-operation and assistance throughout the year. The boys have all been a credit to their parent clubs, and have brought youthful enthusiasm, energy and incredible talent to our side.

“We are excited to have Blair back on a permanent deal and I would to wish the others every success for their undoubted bright futures.” 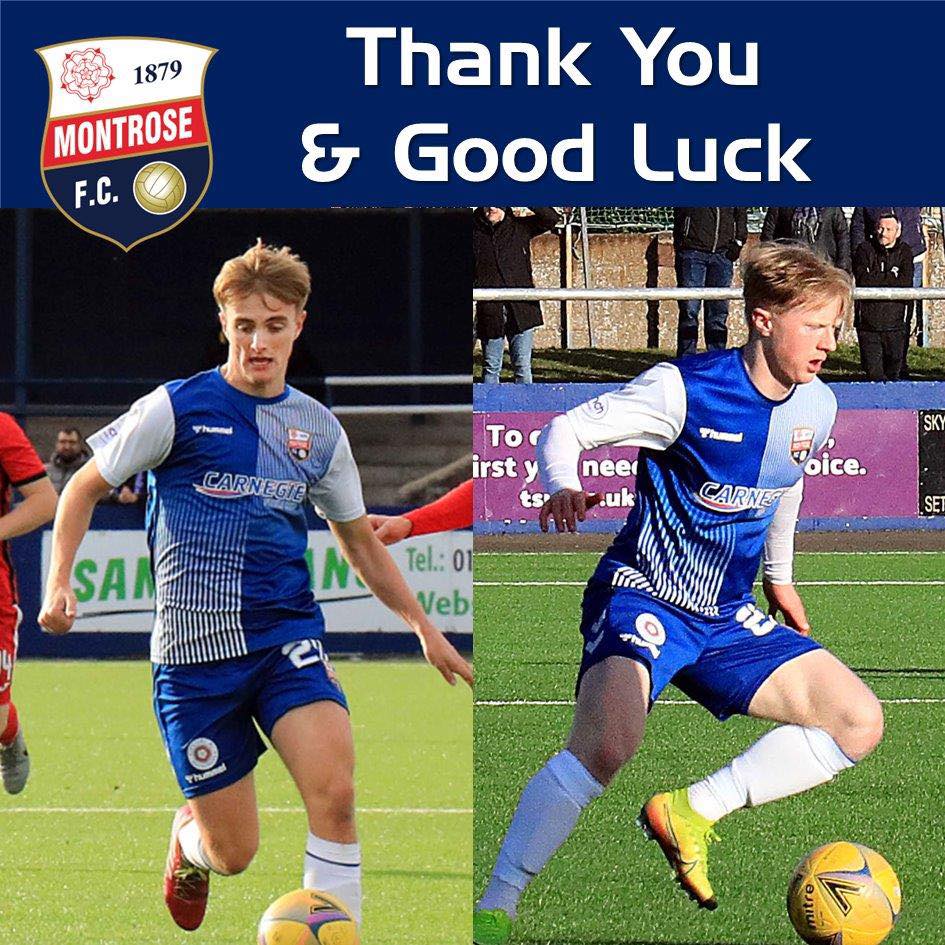