Montrose FC travel south to Airdrie on Saturday on the verge of making history, and Club Chairman John Crawford is urging as many Mo fans as possible to be there to cheer on their side.

For a third time in just 4 years, Stewart Petrie’s players will take a one goal advantage into the second leg of a Championship Play-off Semi-final, having edged past Airdrieonians 1-0 last night in the first leg at Links Park.

Having eventually succumbed to Queen of the South in 2019 and Morton last year, the Gable Endies will look to go one step further and reach their first ever Championship Play-off Final.

John said, “This really is a special time to be a Mo fan. The support at Links Park last night was fantastic, and it was great to see so many young fans adding to the atmosphere. I know it means so much to the players to have the vocal support and backing of so many.
“But the job is only half done, and both players and fans have it all to do again on Saturday in what will be another very difficult game. I very much hope we can get a large travelling support and I would like to thank both the MFC Supporters Club and The Golf Inn for organising busses.

“I understand there are already over 200 signed up and thanks to the generosity of the Golf Inn and the great work of the Supporters Club, everyone is being able to travel for just £5, which is fantastic.

“How ever you plan to get to the Penny Cars Stadium, let’s hope we can all cheer the boys on to an historic victory.” 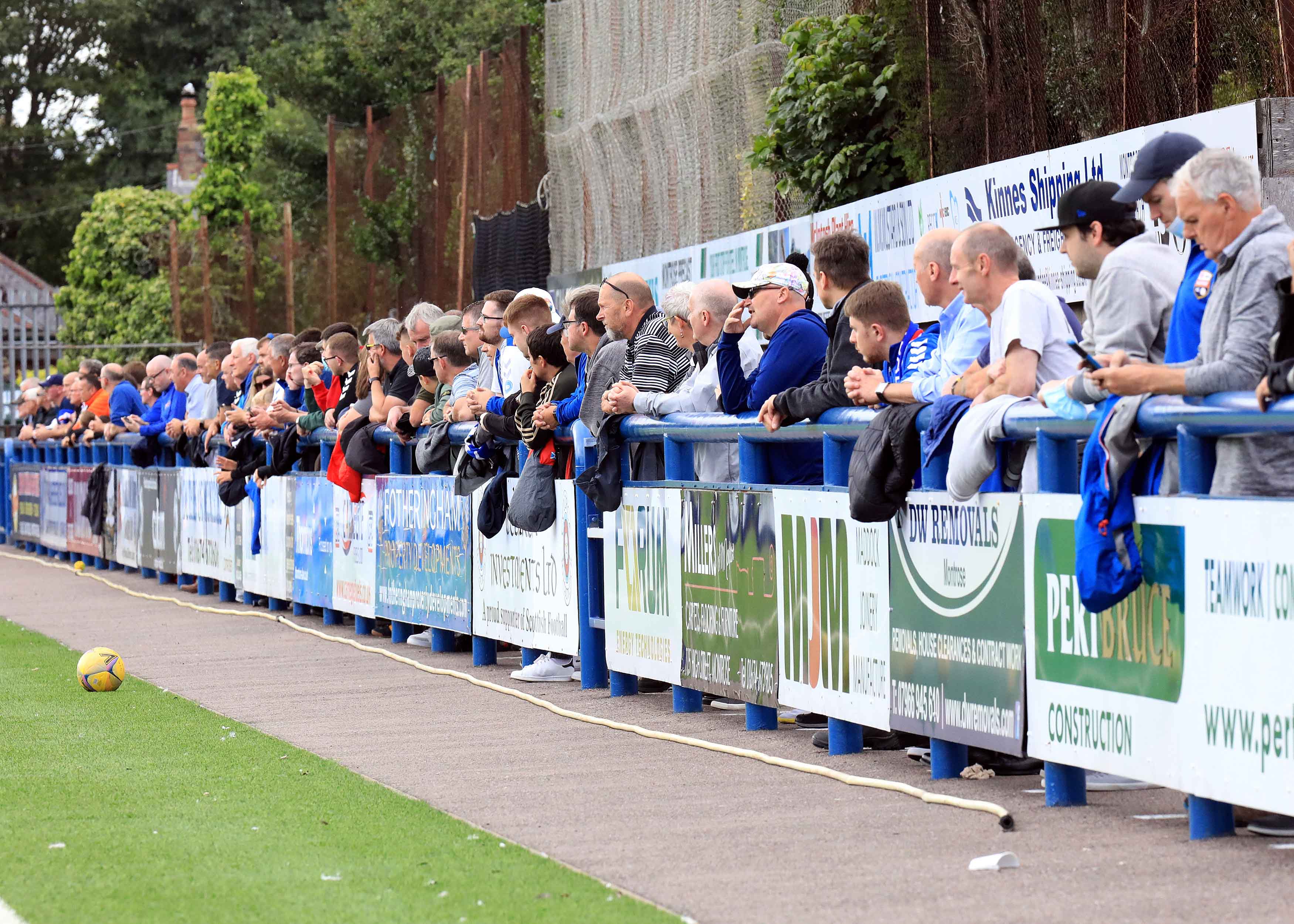